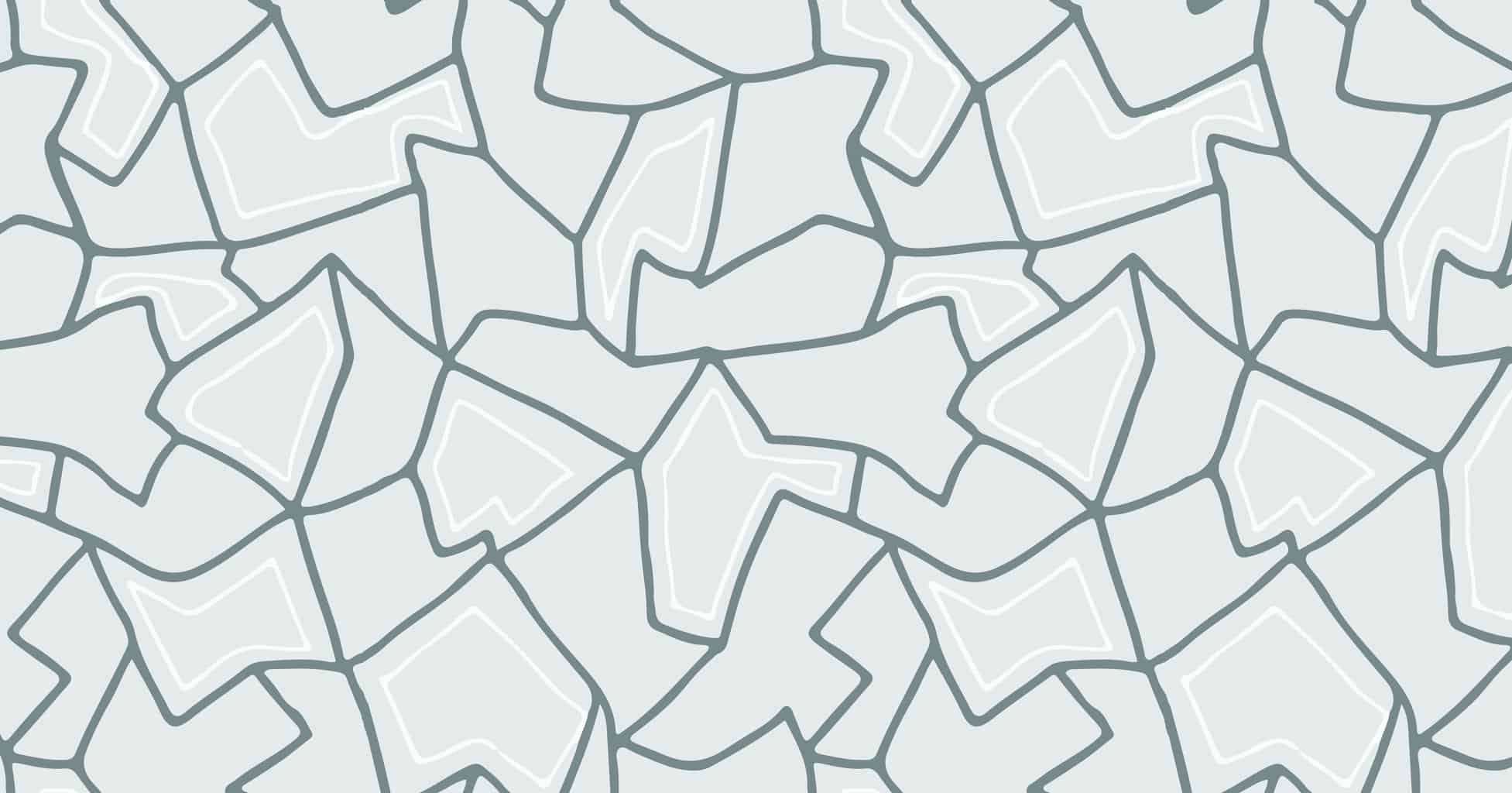 This Presidential statement [S/PRST/2017/25] is issued in response to the escalating conflict, persistent intercommunal and physical violence, and slow peace process in South Sudan. In anticipation of the forthcoming mandate renewal on 15 March 2018, the statement focuses on strengthening existing peace processes, in particular phase II meetings of the Intergovernmental Authority on Development (IGAD) High-Level Revitalization Forum (HLRF) convened in December 2017 and February 2018. Notably, the Council underscores how the actions of all parties to the conflict have played a role perpetuating strife and the lack of progress. [1]PRST/2017/25 para. 1 The focus on peace processes is a notable shift in the policy agenda from previous documents, which highlights the need for targeted humanitarian assistance to address the famine and increasing food insecurity in South Sudan, Somalia, northeast Nigeria, and Yemen. [2]PRST/2017/14

The statement contains two references to the Women, Peace and Security (WPS) agenda, focusing on women’s and civil society participation in peace processes and international dialogues. [3]PRST/2017/25 para. 3 These additions build upon previous references to women’s “meaningful” participation and affirm the importance of civil society organizations in peace dialogues. [4]PRST/2017/4 para. 5 Such references also echo the findings in the Report (S/2017/1011), noting the enhanced efficacy of peacekeeping dialogues with increased participation from women and women’s groups. [5]S/2017/1011 para. 3

In contrast to the previous Presidential Statement [S/PRST/2017/4], this statement did not contain references to sexual and gender-based violence (SGBV), sexual exploitation and abuse (SEA), women’s protection, women’s rights, or gender equality. This noticeable reversal in language and focus demonstrates a lack of gender mainstreaming in discussions of women’s participation and civilian protection. This statement does not integrate WPS language from Resolution S/RES/2327 nor reflect the information on sexual and gender-based violence (SGBV), sexual exploitation and abuse (SEA), women’s participation and protection from the Report of the Secretary General (S/2017/1011). Furthermore, the statement does not shed light on the Secretary-General’s request for early-warning and humanitarian-response mechanisms in famine-struck, conflict-areas, or how women and children are disproportionately affected by the humanitarian crisis. [6]PRST/2017/14 para. 12 As cross-cutting issues, WPS  should be addressed in all outcome documents of the Security Council, not simply mandate renewal resolutions and reports.

Despite the significance of recent additions, this statement presents many missed opportunities for the inclusion of WPS agenda. References are concentrated in one paragraph and broadly framed solely within the context of participation, with no indication as to how implementation will occur. The remaining sections of the statement lacked gender-sensitive language, particularly in regards to discussions of protection of civilians and political and electoral processes. Further, there are no references to sexual exploitation and abuse. These missed opportunities to integrate WPS, stand in contrast to the Secretary General’s Report S/2017/1011, which highlighted information on the risk of SGBV, CRSV, and human rights violations against women, girls, and boys in South Sudan.

While the statement did restate the importance of holding human rights and international humanitarian law violators accountable, future language on the “cycle of impunity” must be strengthened with a dedicated reference to gender considerations in rule of law and transitional justice procedures. [8]PRST/2017/25 para. 6 The statement could have also included a reference to acts of sexual violence, SGBV, or conflict-related sexual violence (CRSV), which are currently leveraged as tactics of war by violent state and non-state actors. [9]PRST/2017/25 para. 4 As a mandated protection task, improved language is essential to have an accountability mechanism that can hold perpetrators accountable, and promote the establishment of in-country courts and rule of law frameworks capable of dispensing justice. [10]RES/1996 (2011), OPs. 3(c(i)(iv)), 18 It is also imperative for the Council to rebuke South Sudanese government and military forces for impeding progress on the creation of justice institutions, as evidenced by reports of judicial strikes, imprisonment, and extrajudicial kidnappings and killings.

This presidential statement focuses on high-level international peace processes as a vehicle of peace and stability between Sudan and South Sudan. The Council aligns itself with the African Union Peace and Security Council communiqué of 20 September 2017, stating that the IGAD is both a unique opportunity and a “last chance” effort to arrive at a sustainable peace through monitored security arrangements. [11]PRST/2017/25 para. 3 The Council urges all parties to engage in the peace process by participating in meetings, implementing agreements, and adhering to the ceasefire agreement as a sign of commitment to the IGAD High-Level Revitalization Forum (HLRF). [12]PRST/2017/25 paras. 3 & 4

The Council also reiterates the briefing by the IGAD Special Envoy urging the dual-need for “monitored, effective, and durable” security measures to quell the conflict and specific steps to ameliorate the human rights and humanitarian situation. [13]PRST/2017/25 para. 4 Suggested steps include providing safe and unhindered access for humanitarian actors, a governance framework to represent all South Sudanese voices, and a political process leading to viable, democratic elections. [14]Ibid. Given their importance, the strategic creation of such steps must be gender-inclusive and approached with a gender lens.

While the Council expressed support for the work of the HLRF, this statement presented many missed opportunities in the inclusion and participation of women in international peacekeeping dialogues and decision-making forums. The statement does not reference the protections that should be afforded to women, stakeholders, and women CSO representatives who participate in these high-level meetings in light of the barriers women face in participating in political and peace processes. [15] S/RES/1325 (2000), OPs. 1-2, 5, 8(b); S/RES/1888 (2009), OPs. 16-17; S/RES/1889 (2009) OPs. 1-14; S/RES/2122 (2013), OPs. 1, 4-5, 8, 12, 14-15; … Continue reading Further, current language does not reference the importance of women leaders and women’s civil society organizations in engendering women’s participation, women’s protection, and stable peace at the sub-national levels. Going forward, it is important for the Council to further nuance language regarding women’s participation, such as references to “meaningful participation”, which should be rephrased to “women’s full and equal participation in peace and negotiation processes/forums at all levels” in an effort to provide a foundation for the participation and empowerment of female civil society actors and increase dialogue amongst diverse citizen voices. The Council should also expand references to civil society to include women’s civil society in keeping with Resolutions 2386 (2017) and 2242 (2015).

This  presidential statement expresses deep concern at the political, security, economic, and humanitarian situation in South Sudan, which is worsening due to the increasing armed conflict, economic conditions, the high prevalence of disease, intercommunal violence, and extreme environmental conditions. [16]PRST/2017/25 para. 1 References to the human rights and humanitarian situation reiterate the need for safe access for humanitarian actors and governance arrangements that engage all South Sudanese voices. [17]PRST/2017/25 para. 4 Further, attacks on civilians and the militarization of state and privately owned facilities (hospitals and schools) are strongly condemned. [18]PRST/2017/25 para. 6 The Council accordingly reiterates the need for monitoring mechanisms and regular reporting on human right abuses, violations of international humanitarian law, including of crimes against humanity, which is a mandated UNMISS task. [19] S/RES/1996 (2011), OPs. 3(b(iii))(c(v)), 10, 24; S/RES/2155 (2014), OP 4 (b(i)); S/RES/2241 (2015), OP 4(b(iii); S/PRST/2017/25 para. 6

The electoral process in South Sudan remains fraught with logistical problems amid the tense political climate. The statement contained several references to political processes, focused on elections and mechanisms for national peace, stability, and security, however such references are gender-blind and lacked accountability frameworks. Language in the Presidential Statement on election participation and voting called for the participation of all South Sudanese in general, which does not reinforce the participation of women and civil society in all levels of political and election processes. Therefore, future statements should expand language on national and local-level political processes, make note of the barriers women face in participating in elections and how they must be protected in keeping with mandated tasks and Resolutions 1325 (2000), 2122 (2013), and 2242 (2015) [24] S/RES/1996 (2011), OP 3(a(ii)); S/RES/1325 (2000), OPs. 1-2, 5, 8(b); S/RES/2122 (2013), OPs. 1, 4-5, 8, 12, 14-15; S/RES/2242 (2015), OPs. 1, 5(c), … Continue reading.

Furthermore, the statement recognizes the findings of the mid-term implementation status report of the Joint Monitoring and Evaluation Commission (JMEC), stressing that the necessary conditions for credible elections do not presently exist: these findings are consistent with UNMISS reporting and concerns raised by local civil society organizations. [25] S/PRST/2017/25 para. 2; S/2017/1011 para. 7 However, the statement fails to denounce the South Sudanese National Elections Committee’s announcement of the start of the pre-election period despite JMEC’s findings to the contrary and rising instability and internal displacement. [26]2017/1011 para. 7 The Security Council’s silence in this regard demonstrates a lack of international accountability for the outcome of the elections, and disregard for the legitimacy of threats to political participation towards women and other vulnerable minorities in South Sudan. Future statements should underscore the presence of and consultations with women, women combatants, women leaders, and female civil society representatives in JMEC activities; thus there should be an acknowledgement of the multiple roles that women play in political, peace, and security processes in the pursuit of democratic and transparent governments.