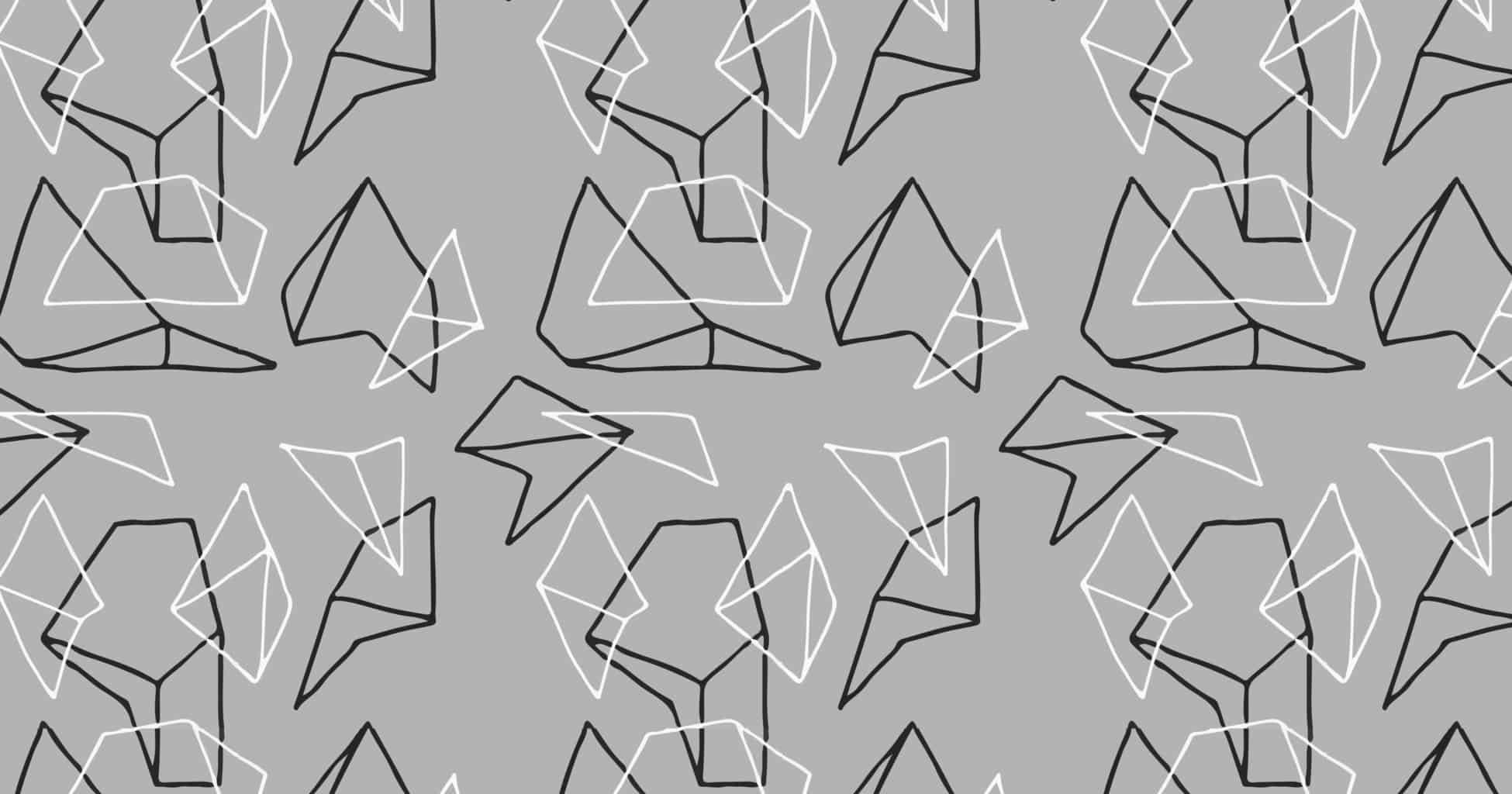 The report is submitted pursuant to General Assembly resolution 68/11 and Security Council resolution 2405 (2018), in which the Secretary-General was requested to report every three months on developments in Afghanistan. The report provides an update on the activities of the United Nations Assistance Mission in Afghanistan (UNAMA), including political, humanitarian, development and human rights efforts, since the issuance of the previous report of 6 June 2018 (A/72/888- S/2018/539). The report highlights political developments surrounding preparations for parliamentary elections, scheduled for 20 October 2018 and indicates that the security situation remains volatile, with continuing high numbers of incidents against civilians, however there was a brief reduction in violence during the Eid al-Fitr ceasefires, the first ceasefire since 2001.

The report discusses issues of women, peace and security (WPS) in the context of elections, human rights violations and abuses, including sexual and gender-based violence, the justice and security sectors, and in UNAMA’s composition. The report is consistent with the previous report of 6 June 2018 (A/72/888–S/2018/539). While both reports reference a mix of women’s participation and protection concerns, as well government policies and mission-supported efforts that aim to integrate gender in political, peace, and security processes, reporting lacks consistent inclusion of sex and age-disaggregated data and also lacks a gender analysis. In both reports, the Secretary-General misses an opportunity to integrate a gender lens in the discussion of humanitarian assistance and does not explicitly discuss the participation and inclusion of women’s organizations in peace and conflict resolution processes. Overall, the report does not include information that indicates that gender is integrated as a cross-cutting issue, nor is a gender analysis is mainstreamed throughout the report.

The Secretary-General discusses women’s and civil society participation in the context of preparations for the upcoming parliamentary elections. First, the report indicates that 34 percent of registered voters are women. [1]S/2018/824, para. 9  Second, the Independent Election Commission approved its gender policy to enhance the participation of women in elections and accredited 17 civil society organizations, 15 media organizations and 20 political parties to monitor and observe all parts of the electoral process. Of the 2,564 candidates for the lower house, the Wolesi Jirga, 391 were women. [2]S/2018/824, para. 13

The Secretary-General should continue reporting on women’s and civil society engagement, including through follow-up with women’s participation as voters, observers, and candidates in the October 2018 elections in future reports. While there has been an improvement in the number of women registered as voters since the Secretary-General’s previous report (S/2018/539), a relatively small number of women are registered. The Secretary-General should report on challenges to women’s participation are a particular focus. Urgent efforts are needed by international partners to provide concrete support for women’s groups to ensure women’s full participation in every aspect of the electoral process. (MAP) The Secretary-General misses an opportunity to discuss women’s protection concerns in the context of electoral preparations pursuant to resolution 2122 (2013), as no information is provided regarding measures to ensure women’s safety before, during, and after elections. [3]S/RES/2122 (2013) 4,

Pursuant to resolution 2405 (2018) UNAMA is mandated to provide assistance to the relevant Afghan institutions to support the integrity and inclusiveness of the electoral process, including measures to enable the full and safe participation of women, both as voters and candidates, while reporting reflects the partial implementation of this mandated task, it remains unclear if UNAMA has specifically engaged in efforts to ensure women’s protection concerns. [4]S/RES/2405 (2018), OP. 14 To more comprehensively integrate the provisions of the WPS agenda in the context of elections, future reporting should reflect a consideration of women’s participation and protection concerns, as women’s participation in elections may be significantly hampered without safety considerations.

The Secretary-General discusses several civil society-led efforts to foster peace between between the Government and Taliban, including a series of sit-ins by the People’s Peace Movement, a gathering of more than 3,000 religious scholars in Kabul, who issued a fatwa declaring the insurgency against the Government of Afghanistan illegitimate and calling on the Taliban to join peace negotiations, and a gathering in Saudi Arabia of religious leaders from more than 30 countries, in which participants again expressed their support for peace in Afghanistan. [5]S/2018/824, para. 15

The Secretary-General should continue to report on civil society’s engagement and include specific information on the participation of women’s organizations or efforts to foster women’s leadership and capacity in peace and conflict resolution efforts, pursuant to resolution 1889 (2009) and CEDAW General Recommendation 30. [6]CEDAW Recommendation 30 OP 46(d), SCR 1889 (2009), OP 1 Future reporting should integrate information on initiatives by international actors to support women’s voices in any peace process as well as peace and security decision-making, including through support of the implementation and localization of the WPS agenda, particularly given the sustained violence against women leaders and human rights defenders (HRDs). [7](S/RES/2242 (2015), Monthly Action Points (MAP) for the Security Council: September 2018

Human Rights Violations and Abuses, including Sexual and Gender-Based Violence

The Secretary-General reports on civilian deaths and injuries, providing sex and age-disaggregated data for the total number of people killed and injured during the reporting period. [8]S/2018/824, para. 32 The report also includes information on the verification of attacks by the country task force on monitoring and reporting, which includes the verification of attacks on schools and education-related personal, healthcare facilities and healthcare workers, and the recruitment and use of boys by the Taliban and by the National Directorate of Security. [9]S/2018/824, paras. 34, 35

The Secretary-General should continue this positive trend in reporting, which includes some sex and age-disaggregated data and analysis into the causes and impacts of violence against civilians, and should expand reporting to consistently provide sex and age-disaggregated in all reporting on human rights violations and consistently provide a gender analysis of the causes and impacts of violence. Further, reporting should provide information on types of violence, including types of sexual and gender-based violence (SGBV).

In regards to the justice sector, Secretary-General reports the that President nominated a female judge to the Afghanistan Supreme Court High Council,  if appointment she will be the first woman to hold the post. [15]S/2018/824, para. 38 In regards to the Security Sector, the Government launched a second status report on the implementation of the National Action Plan for the implementation of Security Council resolution 1325 (2000), noting an overall increase in the recruitment of women in the security sector, but a decrease in the number of women officers in the Afghan National Army and fewer female members of the High Peace Council. There is also a broad reference in the same paragraph, which states that the Government has taken steps to increase the role of women in promoting peace and security. [16]S/2018/824, para. 38 Positively, in the observations, the Secretary-General commends the Government efforts to improve the capacity of the formal justice system to prosecute and adjudicate cases of violence against women, and notes constraints in obtaining redress for SGBV, as well as high levels of impunity, and makes a call for continued efforts in the promotion and protection of human rights, and encourages authorities to take all measures necessary to support the Afghanistan Independent Human Rights Commission.

The Secretary-General should provide a follow-up in the next report on the appointment of the female judge and the implementation of the NAP, especially challenges identified in the status report on the NAP. Secretary-General should also continue to include commentary in observations on accountability for acts of violence against women and challenges to obtaining redress for survivors of SGBV. To further enhance reporting, the Secretary-General should include information on any efforts to address women’s access to justice, including through gender-responsive legal, judicial and security sector reform and other mechanisms. [17]S/RES/2122 (2013), OP. 10

The Secretary-General references women only one time in the context of humanitarian assistance, thus missing a significant opportunity to integrate gender in assistance and in the discussion of displacement. In the discussion of individuals in need of trauma care, report indicates that the 15 partners of the health cluster provided consultations to 584,934 people, of whom 61 per cent were women and girls. [18]S/2018/824, para. 48 In the future, the Secretary-General should acknowledge the gender dimensions of the humanitarian situation and provide context-specific information on women IDPs and refugees, including sex and age-disaggregated data. [19]S/RES/1325 (2000), OP. 12, S/PRST/2014/21, para. 11 While the report discusses barriers to assistance, this discussion is gender blind, as too is the the discussion of the 2018 Humanitarian Response plan. [20]S/2018/824, paras. 55, 56. The Secretary-General should integrate a gender lens in discussion of both of these, and consistently report on the impact of conflict on women and girl refugees, the particular needs of female refugees, and the obstacles to attaining those needs pursuant to resolution 1889 (2009). [21]S/RES/1889 (2009), OP. 5

In the context of discussions of Joint Coordination and Monitoring Board convened in Kabul, the report notes that “the finalization of all national priority programmes with the cross-cutting issue of women’s empowerment and providing basic services, especially education and health, is one of the six key deliverables agreed to with the Government ahead of the Geneva Ministerial Conference on Afghanistan. [22]S/2018/824, para. 45 In future reports, the Secretary-General should provide follow-up on this deliverable and provide details as how programming integrates provisions to provide sustainable assistance to women and girls pursuant to 2122 (2013). [23]S/RES/2122 (2013), OP. 11

The Secretary-General reports that the proportion of female staff remained very low, as the percentage of women in each category of staff stood at 34 per cent for international staff, 38 per cent for United Nations Volunteers, 12 per cent for National Professional Officers and 7 per cent for local-level staff. [24]S/2018/824, para. 59The Secretary-General should continue to provide follow-up reporting on the percent of women in each category of staff and any also report on any effort to foster women’s participation 2242 (2015). [25]S/RES/2242 (2018), OP. 8