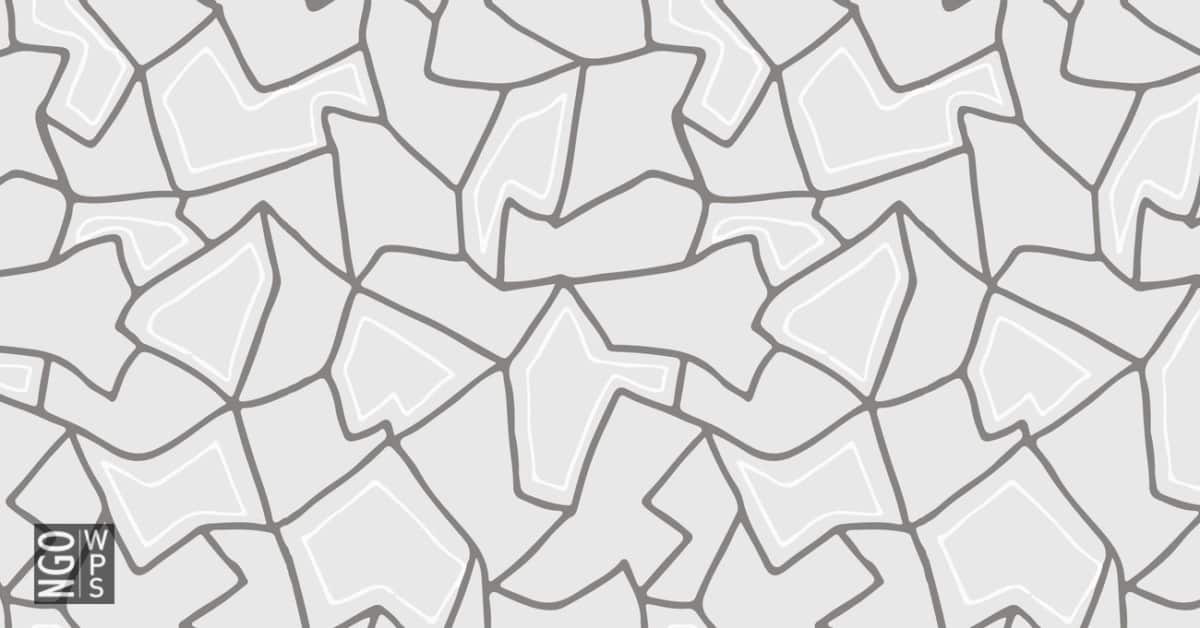 Since taking power in August 2021, the Taliban has continued to undermine women’s human rights in policy and practice, codifying systematic gender-based discrimination and imposing a variety of restrictions on  access to education, health care, freedom of movement and assembly, and the right to participate in political and economic life through the issuing of decrees that have increased in severity over time.[1]  The most recent restrictions include:

The Taliban took these most recent actions immediately following the adoption of the resolution renewing the mandate of the UN Assistance Mission in Afghanistan (UNAMA) on 17 March. Positively, the renewed mandate includes stronger provisions on women’s rights, including calling for the mission to report on violations targeting women human rights defenders, and an explicit request for the mission to mainstream gender as a cross-cutting issue across the entirety of its work.[5] However, in response to the subsequent restrictions on women’s rights, the Security Council has issued two press statements and held closed consultations. The first, on 27 March, expressed concern about the decision to deny girls access to education and called for a reversal of the decision.[6] On 24 May, the second press statement expressed concern at the further erosion of women’s rights, notably the decrees ordering women to cover their faces in public, and also called for a reversal of these policies.[7]

This policy brief draws on the work of the Organization for Policy Research and Development Studies (DROPS)[2] as part of its BISHNAW initiative.[3] In May 2022, for the first time since August 2021, 532 women in nine[4] provinces in Afghanistan were surveyed to provide their views on the humanitarian crises and current conditions in the country.[8] The survey’s main finding was that while the food crisis is the most pressing issue for women overall, the rollback of their rights, particularly for those between the ages of 18-25, continues to be of serious concern due to the direct, daily impact on their lives. This brief shares women’s views on several topics: food security and access to employment, women’s rights, and security.

The survey found that the humanitarian crisis, specifically food insecurity, remains the most concerning issue for women, given that 95% of the population and nearly 100% of women-headed households are experiencing hunger. Although humanitarian assistance has been able to reach more than 24.4 million people, food prices continue to soar. For instance, the price of wheat has risen by 50%, partly due to the drop in local currency, inflation, drought and the war in Ukraine.[9]

An important finding was that almost all respondents, regardless of employment status or location, expressed challenges in accessing humanitarian assistance; 31% of respondents noted that ‘no women’ in their community were benefiting from assistance, and 50% responded that ‘some women’ were able to access necessary aid.[10] Only 0.9% of the respondents said all women who needed aid received it.[11] This indicates that barriers to accessing humanitarian assistance are high and dependent on local contexts, and that only some of the aid is reaching the communities most in need.

Unemployment was also an issue of serious concern. Nearly 17% of respondents indicated they were unemployed; however, it is important to emphasize that even for those respondents who indicated they are employed, it is unclear the extent to which they are still receiving salaries or even able to travel to work.[12] The multiple directives issued by the Taliban restricting women’s ability to  work outside the home and to travel are the most significant barriers to women’s employment. The directives, which have included specific bans on women working in government offices, to informally communicated restrictions in some localities, do not apply to all women equally.[13] Women working for international aid organizations or in the health sector have been allowed to continue working, while others, such as small business owners, are not.

The impact of the economic situation and challenges in accessing humanitarian assistance is compounded by the restrictions imposed by the Taliban on women’s movement, employment, and education. Local women’s civil society groups, which often provide additional support to their communities, cannot operate freely; this has resulted in increasing dependence on international organizations, further eroding what few local humanitarian and assistance structures remain.

The survey findings illustrated the direct, personal impact that the Taliban’s directives related to women’s rights have had on the lives of Afghan women. The decrees issued by the Taliban over the last several months have particularly negatively impacted women between 18-25, for whom it was their highest concern, even over food security.[14]

The actions taken by the Taliban are in no way a surprise to Afghan women.[15] In a July 2021 survey conducted by DROPS, 70% of respondents indicated that the Taliban had taken steps to restrict women’s rights: imposing dress codes, banning women from traveling without a mahram, banning women from working, and limiting access to healthcare.[16] The restrictions imposed broadly align with the restrictions levied in 1996.[17] The following month, 65% of women indicated that the quality of life for women in areas under Taliban control was ‘very poor,’ and that most primary and secondary schools for girls were closed.[18]

The impact of the restrictions imposed by the Taliban is exacerbated due to several factors. First, their application is inconsistent and unpredictable, which is a common Taliban strategy. For example, the “decrees” are issued by different Taliban leaders, and there is not one central source through which they are communicated. Additionally, as was expressed by survey respondents, there is a lack of clarity regarding how or if there will be punishment for not following the decrees;[19] they are often framed as “guidance,” yet they are treated by local Taliban officials and rank-and-file in some instances as law. This ambiguity also allows the Taliban to impose its restrictions differently in different parts of the country; for example, where the Taliban’s rank-and-file are particularly strong, decrees will be strictly enforced. However, in Kabul, where there is less popular support for the Taliban and more media attention, the group will relax their implementation. This approach gives the appearance of potential flexibility, which, as a result, allows the Taliban to claim there is room for compromise and hold open the door for future dialogue with the international community where they will continue to seek legitimacy.

Second, with each new restriction, Afghan women see a progressive lowering of the standard against which the Taliban must be held in order to be seen as upholding basic human rights norms. In September 2021, for example, the common call from women’s rights groups was to maintain the standard of human rights at that time; now, due to the Taliban’s decrees, the call is much different, and centers on protecting basic freedom of movement and the ability to earn a living.

Third, there is a perception among some Afghans that UNAMA has prioritized its political engagement with the Taliban, over publicly holding the Taliban accountable for ongoing violations of human rights. This perception is heavily influenced by UNAMA’s public communications, which can appear to be overly deferential to the Taliban or seeming to echo claims made by the Taliban regarding increased safety and security across the country without highlighting the ways in which the physical security is maintained, including through restrictions on fundamental human rights.

Fourth, these restrictions were in fact, anticipated by Afghan women,[20] and in line with the Taliban’s “propensity to reverse policies and go back on promises made,” as was noted in the report of the Analytical Support and Sanctions Monitoring Team.[21] Respondents to a survey in July 2021 indicated that within areas newly under Taliban control, the same regressive measures were being implemented to control women’s movement, access to employment, and freedom of expression. This was a clear sign that the Taliban was, even then, prioritizing internal cohesion, namely the appeasement of its rank-and-file, who are seen as more ideologically inclined and less amenable to change.[22] Therefore it should come as no surprise, that upon gaining control, the Taliban would continue to prioritize its internal cohesion over any other considerations,[23] including the prospect of gaining international recognition, accessing frozen assets, or having sanctions lifted.

A surprising result of the survey was the indication that overall physical security was a low priority for most women, in comparison to other concerns.[24] This indicates that the Taliban’s cessation of armed attacks at its previous scale in some parts of the country has had a fundamental impact on physical safety and security for women in Afghanistan. However, it is important to contextualize the relative increase in physical safety and security against the backdrop of loss of economic security and livelihoods, as well as restrictions on fundamental rights. This trade-off between physical safety and human rights has broadly been rejected by Afghans over the last several years, as is evident in this and other recent surveys, which illustrate that realization of fundamental human rights is a priority[25]

Further, the results of the survey do not provide a complete picture of the situation throughout the entire country. The inability to reach women in some areas of the country suggests that while security has improved for some women, it has only worsened for others. For example,  there were noticeably fewer respondents from areas of the country in which there are large  Hazara, Shia, and Sufi communities, which are also some of the areas in which there have been ongoing attacks against civilians.[26] The insecurity in those areas is due in part to the Taliban’s attacks, in addition to its permissive attitude toward attacks by other armed groups, particularly when they are not directed at the Taliban.[27] According to the recent report of the 1267/1988 Analytical Support and Sanctions Monitoring Team, the “safe haven and increased freedom of action” enjoyed by armed groups, including al-Qaeda,[28] has allowed the groups to rebuild training camps and carry out targeted attacks, particularly against different ethnic groups.[29]

[1] Mahram is male relative includes father, brother, husband son etc. with whom a Muslim woman is permissible to be around, to travel with and be seen without a headscarf. https://www.al-islam.org/media/who-your-mahram-and-non-mahram

[2] The Organization for Policy Research and Development Studies (DROPS) is an interdisciplinary and independent think-tank based in Kabul that conducts evidenced-based research, policy trainings and advocacy.

[3] BISHNAW, which translates to “listen” in Dari, is a digital initiative developed by DROPS that systematically captures Afghan women’s opinions at the provincial level on economic, political, social and security issues on a monthly basis which is fed into international Track I discussions to ensure women’s opinions are reflected in all policy decisions relating Afghanistan.

For background on the Taliban’s position related to education, please see: https://cdn.odi.org/media/documents/taliban_attitudes_towards_education.pdf