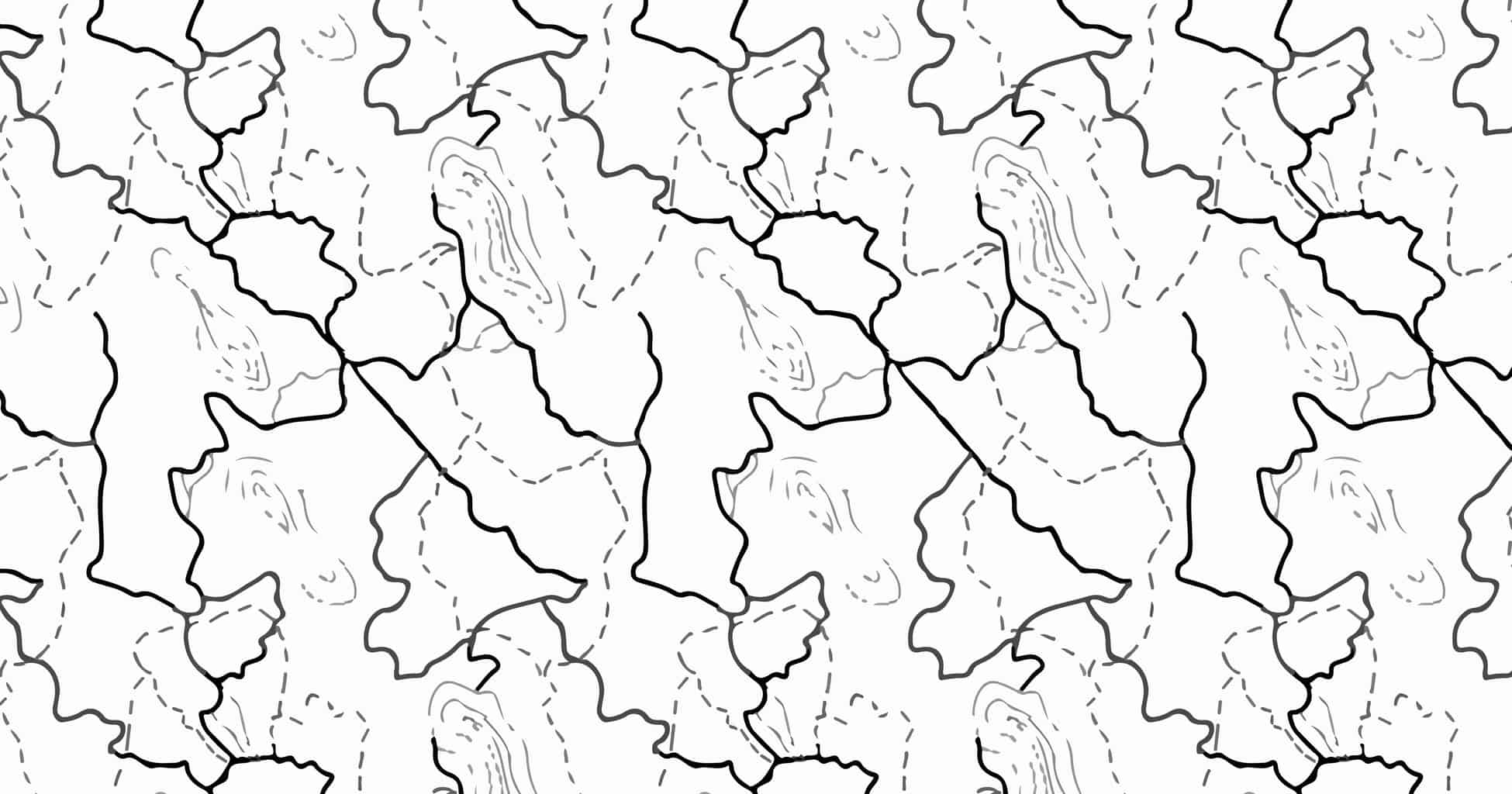 For September, in which Russia has the presidency of the UN Security Council, the MAP provides recommendations on Colombia, DRC, Iraq, Libya, South Sudan and Sudan (Darfur).

In its renewal of the mandate of the UN Verification Mission in Colombia, the Council should expand the mandate to include reporting on the implementation of gender-focused provisions and the Ethnic Chapter of the Peace Accord. Briefings and reports should include information on ways in which the Mission and the Government are upholding and funding these provisions, and should include data disaggregated by gender, race, ethnicity, sexual orientation and gender identity, and disability. Reports should also include progress on establishing and maintaining community-based and gender-responsive self-protection and early warning systems to address the presence of new armed actors and violence in territories formerly under FARC control. The Council should call on the Verification Mission to ensure that security guarantees and protection efforts established under the Accord, including collective security protocols, and the Timely Action Plan (PAO) are implemented in consultation with women human rights defenders (WHRDs), particularly those from Afro-descendant, Indigenous, and rural communities, as well as women and girls who are former combatants or formerly associated with FARC. The Council should request that the Verification Mission monitor Government attempts to modify the Peace Agreement, particularly the Special Jurisdiction for Peace. The Council should also request regular information regarding local-level implementation to ensure that women, particularly Afro-descendant, Indigenous, and rural women, are included in transitional justice and reconstruction measures. Finally, the Council should extend the Mission’s presence in the country to provide age and gender-sensitive reintegration and reincorporation support, specifically socioeconomic guarantees; women’s acquisition of land; and access to education and health services that encompass sexual and reproductive health care, and services that are inclusive of pregnant and lactating women and girls living in Territorial Training and Reincorporation Spaces (ETCR).

Government formation in the DRC is delayed and clashes between rival armed groups in North Kivu have triggered an escalation of violence against civilians in the region. The current response to the Ebola outbreak exacerbates other problems in the DRC. On the ground humanitarian workers are facing resistance and violence in a region where several armed groups are active. In addition, rumors and mistrust hinder the work of health workers where some of the inhabitants are in denial of the disease and sometimes violently oppose safe burials. Security Council members, as key humanitarian donors, should ensure gender is mainstreamed across all humanitarian response efforts in addition to ensuring that there is specific funding for stand-alone holistic care projects for survivors of sexual and gender-based violence (SGBV). As of 18 July, 56% of confirmed or probable cases are female (WHO); women and girls face a higher risk of contracting Ebola due to pre-existing gender norms and expectations which place them in the role of caregiver. The Council should call for leaders to regularly consult with, and to take on board recommendations of, women from affected communities. Protection of civilians (PoC) continues to be the first priority of the mission, as such the Security Council should inquire as to how protection measures are gender-sensitive and consider the specific protection needs of women and girls. There has been a noted increase in SGBV perpetrated by armed groups as well as State forces, and women continue to face barriers to accessing justice and reparations (CEDAW/C/COD/CO/8). It is vital that the implementation of the second NAP on Resolution 1325 (2000) is prioritized and fully funded. Women’s participation in peace negotiations remains low with a peak of 18% achieved in 2016, despite the existence of the revised NAP.

In its renewal of the mandate for the UN Support Mission in Libya (UNSMIL), all current WPS-related provisions should be maintained (S/RES/2434 (2018), OP 4). The Council should add additional provisions that require UNSMIL to prioritize all activities related to the protection and promotion of women’s rights and support for active participation in political processes as fundamental to ensuring long-term sustainable peace. The recent sharp escalation of the situation in Libya is causing more restrictions to women’s movement; SGBV, including sexual torture against refugees and migrants, is widespread. The Security Council must demand an immediate and unconditional ceasefire and ensure all civilians and civilian objects are protected in accordance with international humanitarian law (IHL). The Council should support actions to hold accountable those parties from all sides of the conflict that use violence to influence State institutions, commit serious human rights violations and exploit detainees in official and unofficial places of detention. The Council should further call on UNSMIL to investigate and document all ongoing violations and possible war crimes committed in Libya, including extrajudicial killings, torture, rape and targeting of civilians and civilian objects. It is essential that there is systematic consultation with women and women’s organizations from diverse perspectives, including youth and Indigenous groups, across UNSMIL’s entire work. Public space for women to voice their opinions and take an active role in the political and peacebuilding processes is rapidly shrinking amid reports of threats, intimidation and violence. The Council should call on UNSMIL to work with Libyan authorities to ensure the protection and support of women, including human rights defenders, to participate actively in public space without the fear of reprisal. The Council should ensure that an effective and coordinated gender-sensitive strategic approach for security sector reform, quality services for survivors of SGBV and disarmament, are a priority.

The Security Council should ensure that gender is mainstreamed across all discussions of the situation in South Sudan. As implementation of the IGAD-facilitated Revitalized Peace Agreement proceeds, the increased role of women in all aspects of the process must be addressed with greater urgency. Women’s representation and participation in the sub-national power structure (states and counties) should reflect the 35% quota. Currently, there is not one female governor among the 32 state governors. UNMISS should monitor and support such dialogue. SGBV continues to be a key concern in South Sudan; the Government must implement the signed Joint Communiqué on the prevention of conflict-related sexual violence. Further, there must be improved protection and security measures for women and girls, both within and outside of PoC sites. This includes special attention to the accountability for SGBV. The Council should call on the government to operationalize the mobile court system and ensure that standard procedures to respond to cases of SGBV are in place, as well as to implement chapter five of the Revitalized Peace Agreement, which highlights accountability and reconciliation. UNMISS should closely monitor the operationalization of the SGBV court and implementation of chapter five provisions, to ensure they are on track. In any discussion regarding the future of PoC sites, the security of the returnees must be prioritized and part of the conversation as early as possible. These conversations must be structured around the meaningful participation of, and consultation with, women in PoC sites, as well as consider gender analysis of the broader context and ensure women and girls’ protections are particularly taken into account.

The situation in Sudan continues to be characterized by violence following the overthrow and arrest of President Omar al-Bashir, and attacks by security forces against protestors, including killings, unlawful detention, torture, and SGBV (AI). Relatedly, new evidence from the country shows that “war crimes and other serious human rights violations” continue to be committed by armed forces in Darfur and now in Khartoum, including the destruction of at least 45 villages, unlawful killings, and SGBV. Despite weaknesses in the implementation of its mandate to protect civilians in Darfur, not least owing to access restrictions imposed by the Government, there is support amongst Sudanese civil society for the continued presence of UNAMID with a strong PoC mandate that prioritizes women and girls. The security situation in Darfur remains concerning; armed groups continue to operate, civilians continue to be at risk, and although there has been some success with regards to disarmament, the flow of arms fueling the conflict continues unabated. Further, as UNAMID has begun to withdraw, the Rapid Support Forces, whom have a track record of committing human rights violations, have taken over the remaining bases. The Council must proceed with caution when considering any further drawdown; the current dynamics constitute an unprecedented situation that has the potential to reverse progress. It is important that the Council consider halting the drawdown during the current transitional period, as well as undertake ongoing, gender-sensitive conflict and situation analysis to inform any decisions.