As the Security Council discusses the situation in Colombia, it’s important to acknowledge the positive developments, notably the historic number of women elected to the legislature and increased representation of women in the executive branch, including the cabinet, while also continuing to focus on the insecurity that exists for a large portion of the population. Civilians in many areas of Colombia, particularly rural areas are experiencing increasing levels of violence at the hands of armed actors, including killings, abductions, disappearances, sexual violence, and displacement, particularly within Afro-descendant and Indigenous communities with profound impacts on women human rights defenders, signaling an urgent need to prioritize civilian protection in state responses to violence and shift away from strategies, including those involving increased presence of security forces, that perpetuate and exacerbate the harm that has been experienced by rural communities for decades. In line with the Report of the Truth Commission, the Security Council should call for cessation of the use of violence, often targeting Afro-descendant, Indigenous, and LGBTIQ+ individuals, including excessive force, killings, beatings, sexual and gender-based violence, and arbitrary detention, by members of the Colombian police and military forces against protestors, human rights defenders, and bystanders, including those who advocate in opposition to certain corporate activity especially the large-scale exploitation of natural resources. The Council should reiterate the need for a negotiated solution to conflicts with all the various illegal armed actors, in line with the intentions of “total peace” discussions and ensure that gender and women’s rights are central to any conversations, including in any dialogue with the ELN. Further, the Council should underline the importance of ensuring “total peace” discussions are participatory and inclusive of civil society, particularly with women in all their diversity, youth, LGBTIQ+, Afro-descendant, Indigenous, and rural authorities and communities. Further, Council members should call for any briefings and updates by senior UN leaders to integrate gender-sensitive conflict analysis and data disaggregated by gender, sex, race, ethnicity, sexual orientation and gender identity, and disability, including in the context of information related to violence against former combatants, social leaders, and Indigenous, Afro-descendant, rural and LGBTIQ+ communities, who receive additional threats of gender-based violence, including domestic violence (CARE Intl., HRW, Amnesty Intl., Amnesty Intl.). 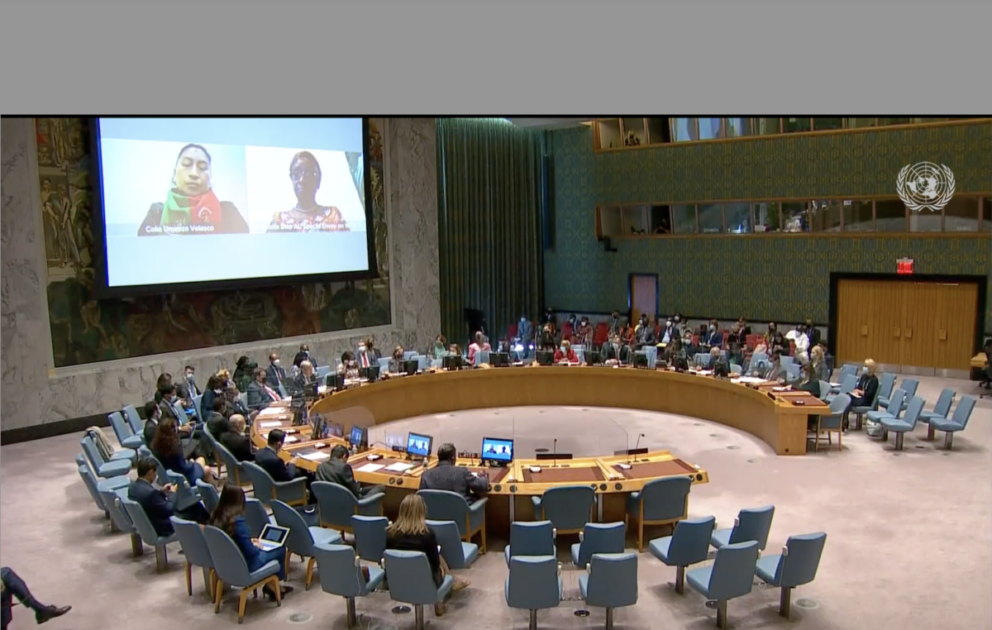