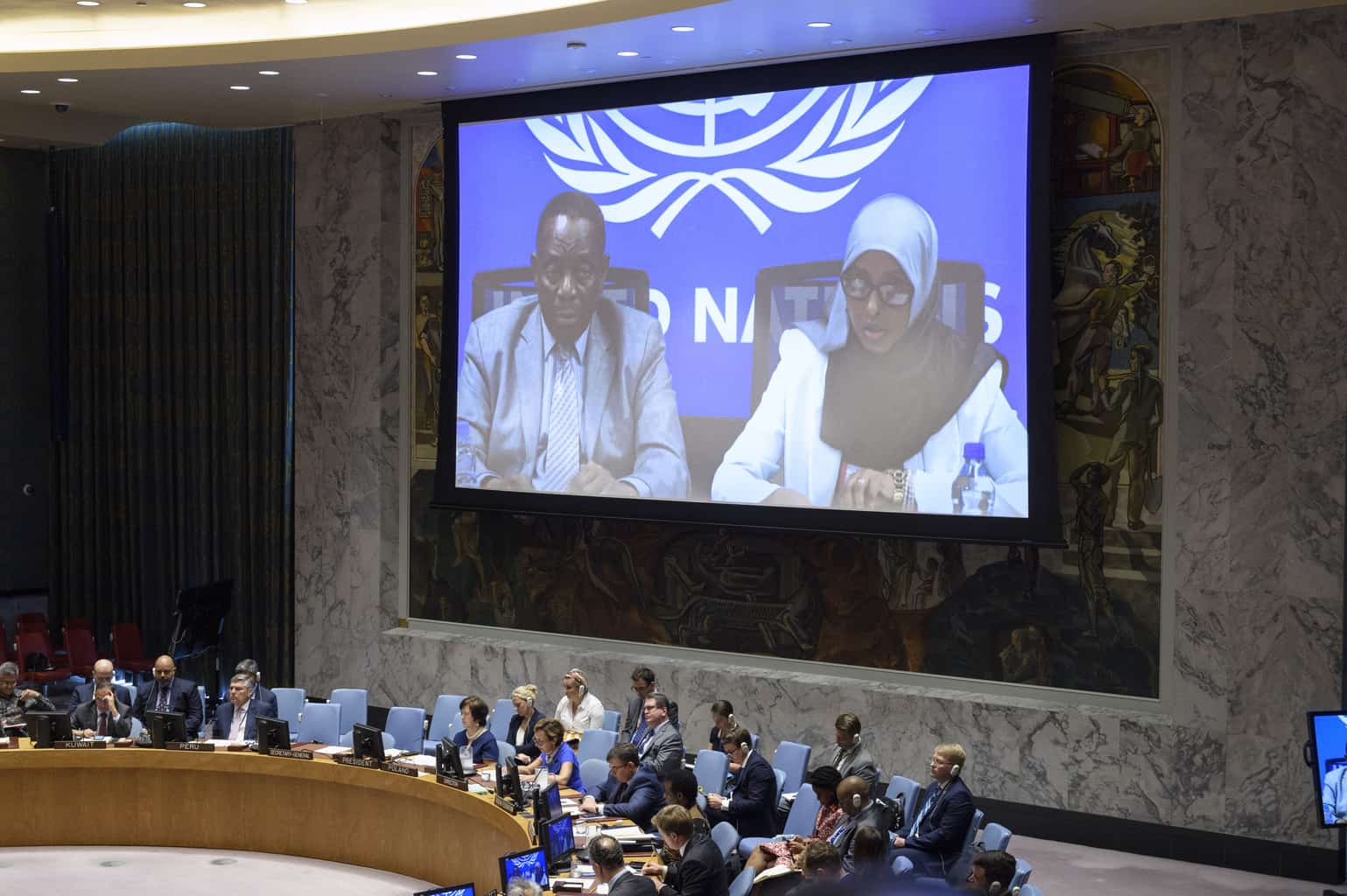 "Women have actively contributed to peace and to ending the civil war in Somalia. However, 14 of the peace agreements that have been reached over the last three decades have failed due to the exclusion of women. The last peace agreement in 2000 was signed after women were included, yet their role as key contributors to peace remains largely unrecognized."

Amina Arale, representing the organization Somali Women Development Center (SWDC), was invited to provide a civil society perspective and recommendations when the Security Council met to discuss the situation in Somalia The NGO Working Group on Women, Peace and Security facilitated her statement but she did not speak on behalf of the NGOWG.