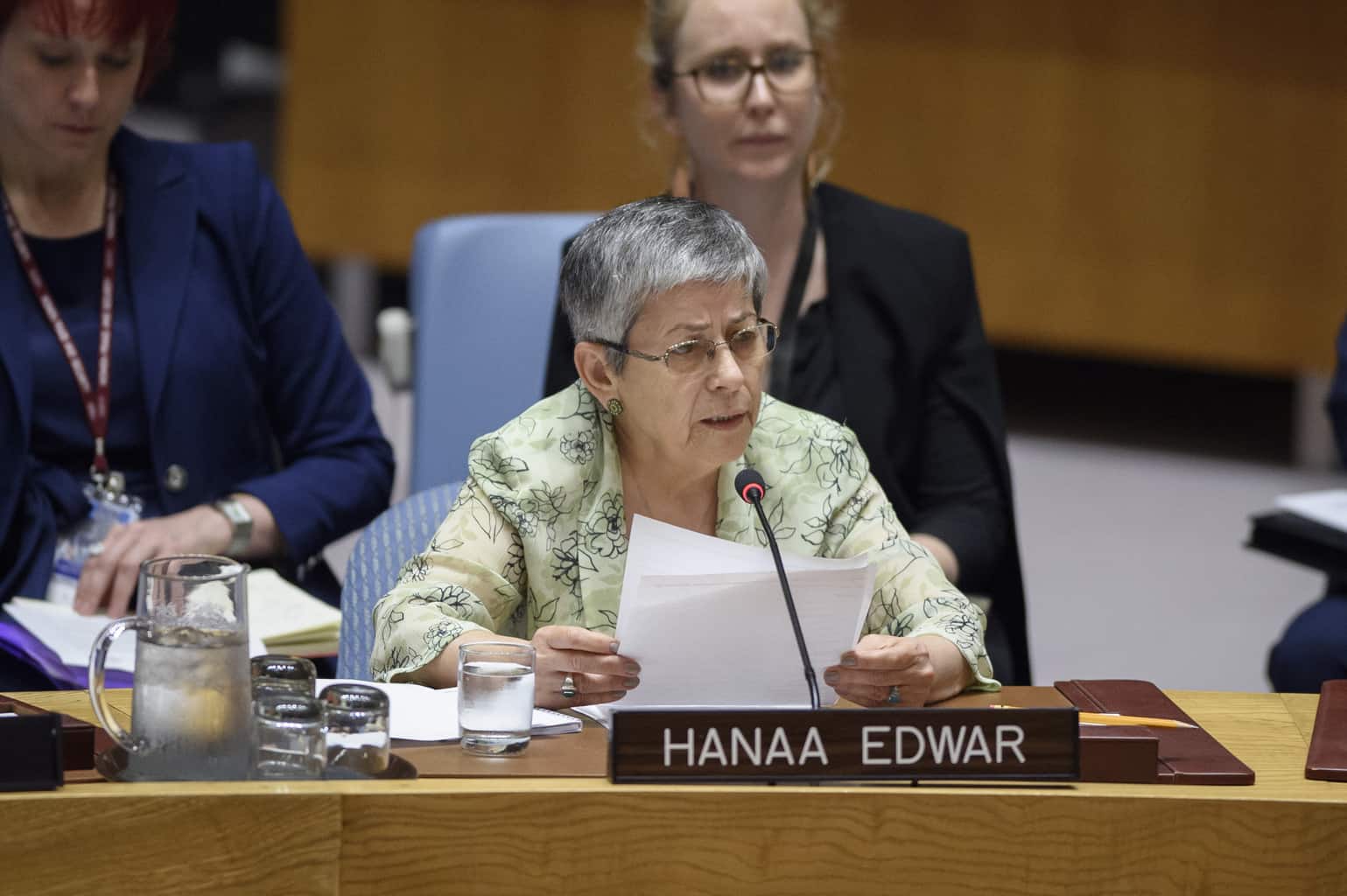 Hanaa Edwar holds a law degree from Baghdad University. She has been a Human Rights, Women’s Rights and Democracy Activist for about 50 years.

She is the co-founder and chairperson of Iraqi Al-Amal Association, a local NGO established in 1992, which is being actively participated on rehabilitating citizens and influencing the social conscience to build up peace, promoting human rights founder and sustainable development in Iraq. She is the co-founder of the Iraqi Women Network, which consists of more than 90 women’s organizations and groups. She has led countless campaigns for women’s and gender equality, enhancing women’s role in decision-making positions and in the Constitutional process.

In May 2015, she initiated the Security Women’s Forum for MENA region on Women Countering Extremism and Terrorism which was held in Erbil/Iraq. In September 2016, she has been invited by the UN Counter-Terrorism Committee as a speaker at the Open briefing on “the Role of Women in Countering Terrorism and Violent Extremism”.

Hanaa was a co-founder of the Civil Initiative to Preserve the Constitution in 2010, which successfully won a Supreme Federal Court lawsuit that forced Iraqi Parliament to resume its sessions in late 2010. She presented the Civil Initiative for NGOs its advocacy campaign on a number of draft bills, including the Protection of Diversity and anti-discrimination in Iraq and on freedom of expression.

Ms. Edwar was awarded the Sean MacBride Peace Prize 2011 by the International Peace Bureau (IPB), for her contribution “to the advancement of democracy and human rights”, and her “firm stand against violence and war.” In December 2011, she was awarded by UN mission in Iraq the Appreciation certificate of Human Rights Defender in honor for her work in promoting human rights in Iraq. In November 2013, she was awarded by TAKREEM Foundation the award of Arab Woman of the Year in 2013.

"I come to you at a crucial time for the protection of civilians in Iraq. The successful elections, following the liberation of areas under the control of Da’esh, offer us a chance to move forward to build inclusive peace and justice. In this effort, the right of all women to full participation should be respected. We must continue to focus on people, not stones."

Hanaa Edwar, co-founder and chairperson of Iraqi Al-Amal Association, and co-founder of the Iraqi Women Network, was invited to provide a civil society perspective and recommendations when the Security Council met for the open debate on protection of civilians. The NGO Working Group on Women, Peace and Security facilitated her statement but she did not speak on behalf of the NGOWG.