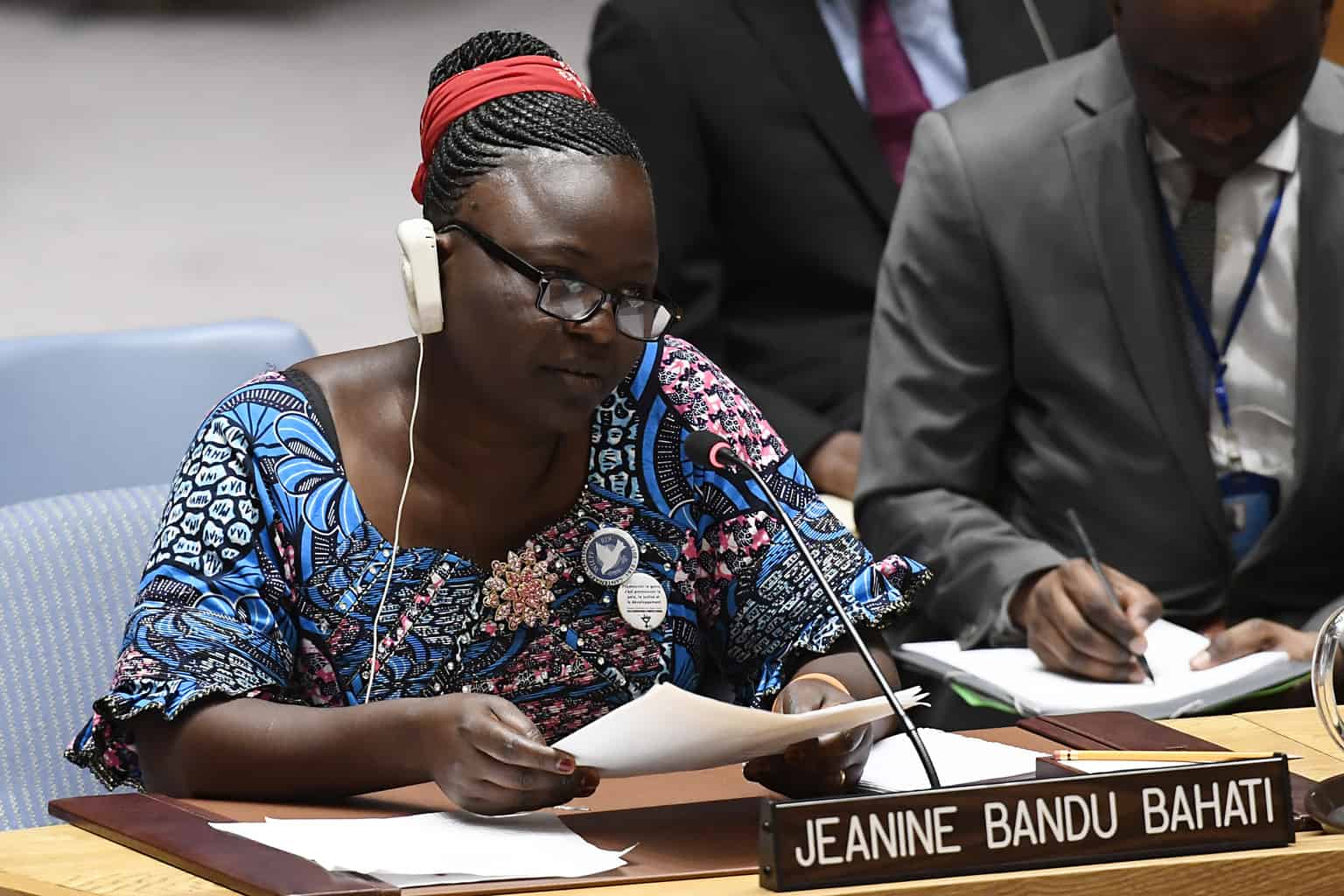 Jeanine Bandu Bahati is a powerful speaker and dedicated advocate for women's rights and peace. She is the Coordinator of the Encadrement des Femmes Indigènes et des Ménages Vulnérables (EFIM), an organisation based in Goma, Democratic Republic of the Congo (DRC) which promotes human rights, including women and children’s rights, by encouraging peace and sustainable development in North Kivu. She is also the North Kivu Focal Point for the DRC section of the Women's International League for Peace and Freedom (WILPF DRC) and the Women’s Initiatives for Gender Justice. Jeanine has contributed testimonies to the Women's Court in Bukavu in 2010; she has called for accountability for war crimes of FPLC Commander of operations for human rights violations including rape and sexual slavery; and she has worked with local authorities, religious leaders, and civil society to address and prevent sexual and gender based violence and include women's meaningful participation in local dialogues and peace processes.

Jeanine Bandu Bahati, representing the civil society organization Encadrement des Femmes Indigènes et des Ménages Vulnérables (EFIM), was invited to provide a civil society perspective and recommendations when the Security Council met to discuss the situation in the Democratic Republic of the Congo. The NGO Working Group on Women, Peace and Security facilitated her statement but she did not speak on behalf of the NGOWG.