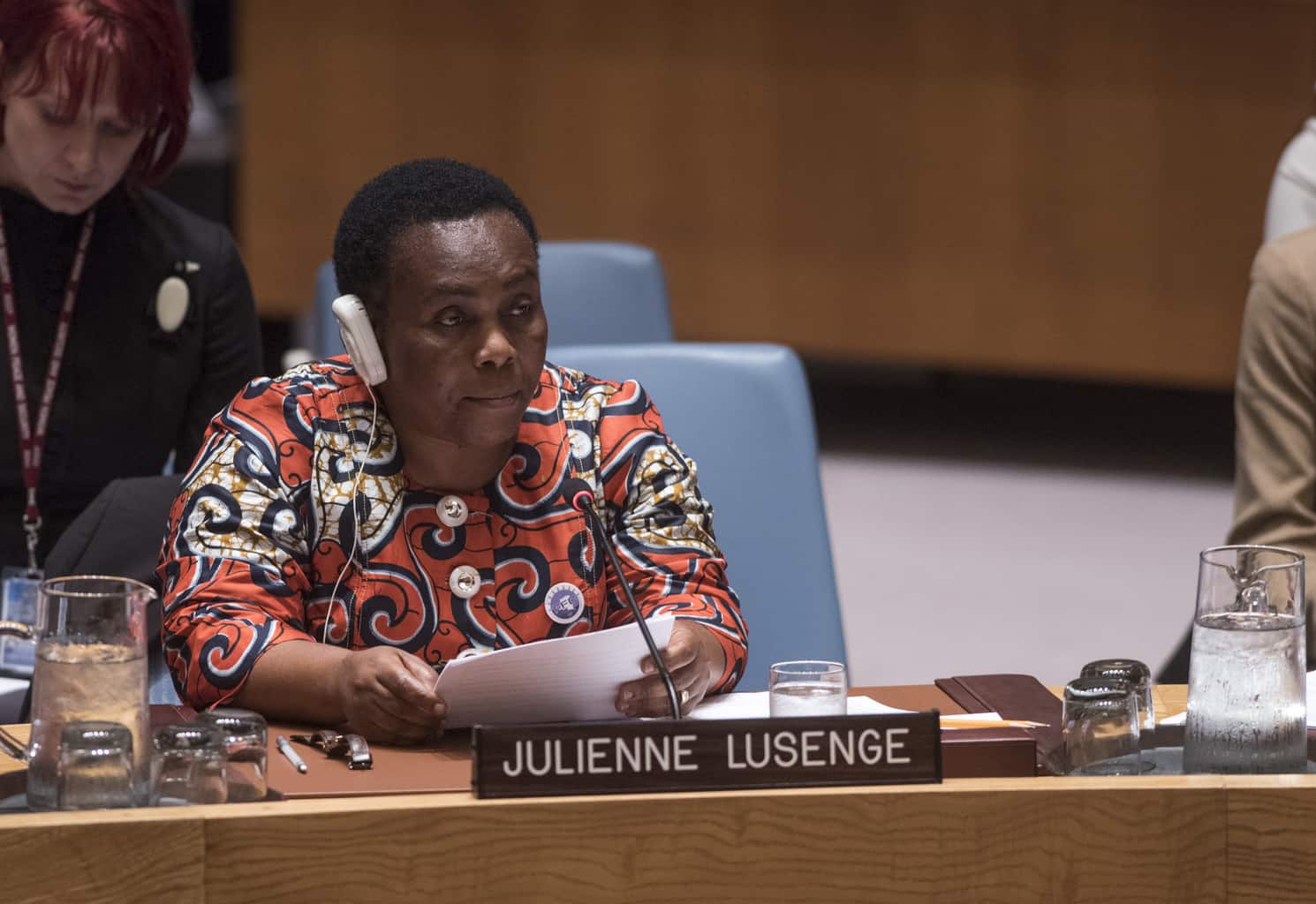 Julienne is the President of Female Solidarity for Integrated Peace and Development (SOFEPADI), a coalition of 40 women’s organizations in the Eastern provinces of the Democratic Republic of Congo (DRC).

SOFEPADI works to defend and protect women’s rights and provide support to survivors of sexual violence by advocating for justice. Julienne works tirelessly to manage the coalition as it fights for an end to sexual violence in the DRC.

Julienne became an activist in 1998 when inter-ethnic war arrived at her doorstep. After witnessing members of armed groups raping and brutalizing women in her community, Julienne was compelled to act. She began documenting the cases of abuse and condemning the acts in public. She challenged the leaders of the armed groups in writing, demanding that they cease using violence against women in their war. “When armed groups confront one another, it is the women who pay,” she cried, “Women’s bodies are used as battlefields—and this must end.”

The situation is grave for women living in a region plagued by an ongoing 16-year conflict. Tensions between warring ethnic groups remain, resulting in women being the targets of systemic sexual violence as well as being subjected to more violence in the home. It is estimated that 48 women are raped every hour in the DRC. To make matters worse, communities throughout the country often disown and shun survivors of rape and sexual violence.

Julienne and SOFEPADI actively promote acceptance of survivors and reintegration into their communities. She is beginning to see change. Community support groups are mobilizing around survivors – accepting women they would have turned away in the recent past – and providing them with much needed psychological and emotional support.

Julienne has acted as coordinator of the National Campaign of Congolese Women Against Sexual Violence and is Director of the Congolese Women’s Fund. Julienne’s work extends beyond the borders of the DRC, as she sits on the Advisory Committee of the International Campaign to Stop Rape & Gender Violence in Conflict. Julienne has been internationally recognized for her work, receiving the Human Rights Award from the Embassy of France in 2012. The French government selected her as a Knight of the Legion of Honour in 2013.

"If you want real security and world peace, dear Security Council members, you must commit seriously from this moment on, to finally include women in all parts of the peace process; whether at the village or government level. Against the backdrop of daily violence, Congolese women are having to open our own doors to take a seat at the table, as prescribed in resolution 1325"

Ms. Julienne Lusenge was selected to represent civil society and spoke in her capacity as the President of Solidarité Féminine pour la Paix et le Développement Intégral (SOFEPADI) and on behalf of the NGO Working Group on Women, Peace and Security at the United Nations Security Council Open Debate on “Women and peace and security”