Mariana Karkoutly is a Syrian activist, legal practitioner, and researcher. She currently works as an independent legal investigator with the support and mentorship of Center for Justice and Accountability (CJA) and is the cofounder of Huquqyat, an organization that enables Syrian women lawyers and legal practitioners to participate directly in efforts for criminal accountability for the crimes committed since 2011 in Syria through funding, training, and capacity-building. Mariana is also a co-founder of youth initiative Visions 4 Syria, and a co-founder and head of Gemeinsamer Horizont e.V. She is actively involved in different advocacy campaigns for human rights and justice for Syrians, including the campaign #SyriaNotSafe. Mariana studied law in Syria, where she participated in Syrian civil society organizations that worked against discriminatory laws. She has received master’s degrees in social work as a human rights profession from the Alice Salomon Hochschule and social and political sciences at Humboldt University. She is also a senior fellow with Humanity in Action. 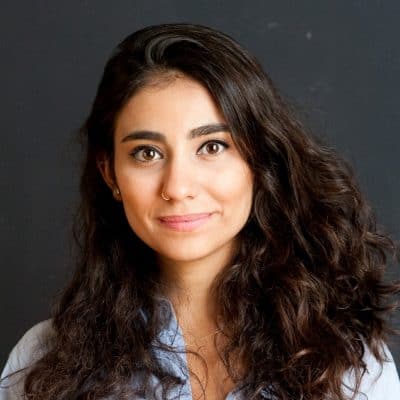