Sabah Alhalak has been a member of the Syrian Women League since 1985. Ms. Alhalak is a well known women’s activist who has participated in several campaigns. These campaigns have covered issues such as women’s equal rights in divorce and the Convention on the Elimination of All Forms of Discrimination against Women’s (CEDAW) reservations withdrawal. Ms. Alhalak was a Women Coordinator for the Syrian Commission for Family Affairs from 2004 to 2006. Ms. Alhalak is an active advocate for CEDAW implementation in Syria in addition to participating in preparing Syria’s primary report on CEDAW. She also attended the CEDAW Committee in NY in 2007. Ms. Alhalak was the coordinator for preparing the Beijing +10 report. She has participated in several studies on women’s issues such as women and Parliament in Syria and Syrian Family Law and women.

"Madam President, let me be clear: there can be no democracy in Syria without women’s full, equal and meaningful participation or without codifying women’s rights and gender equality in any political process." 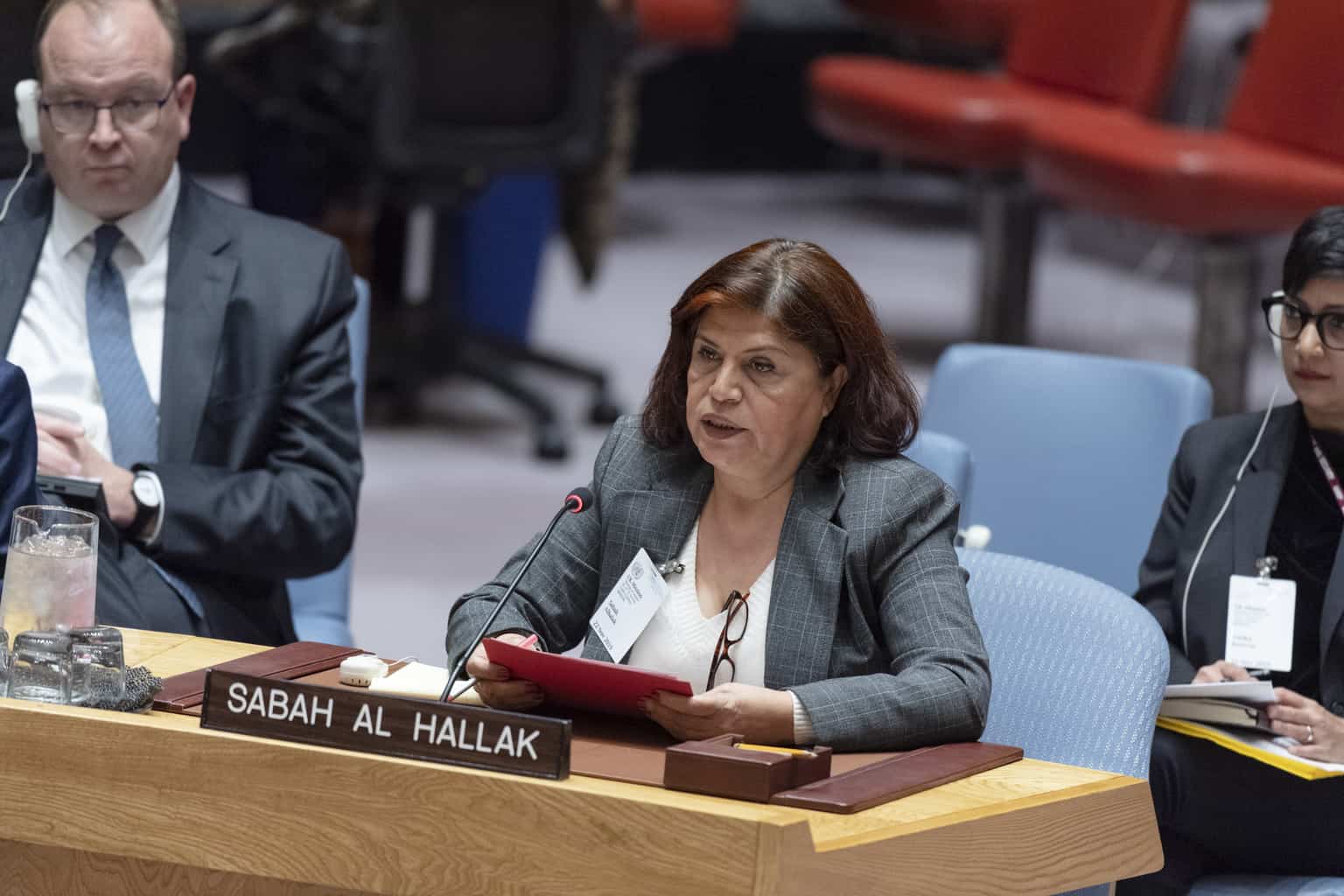