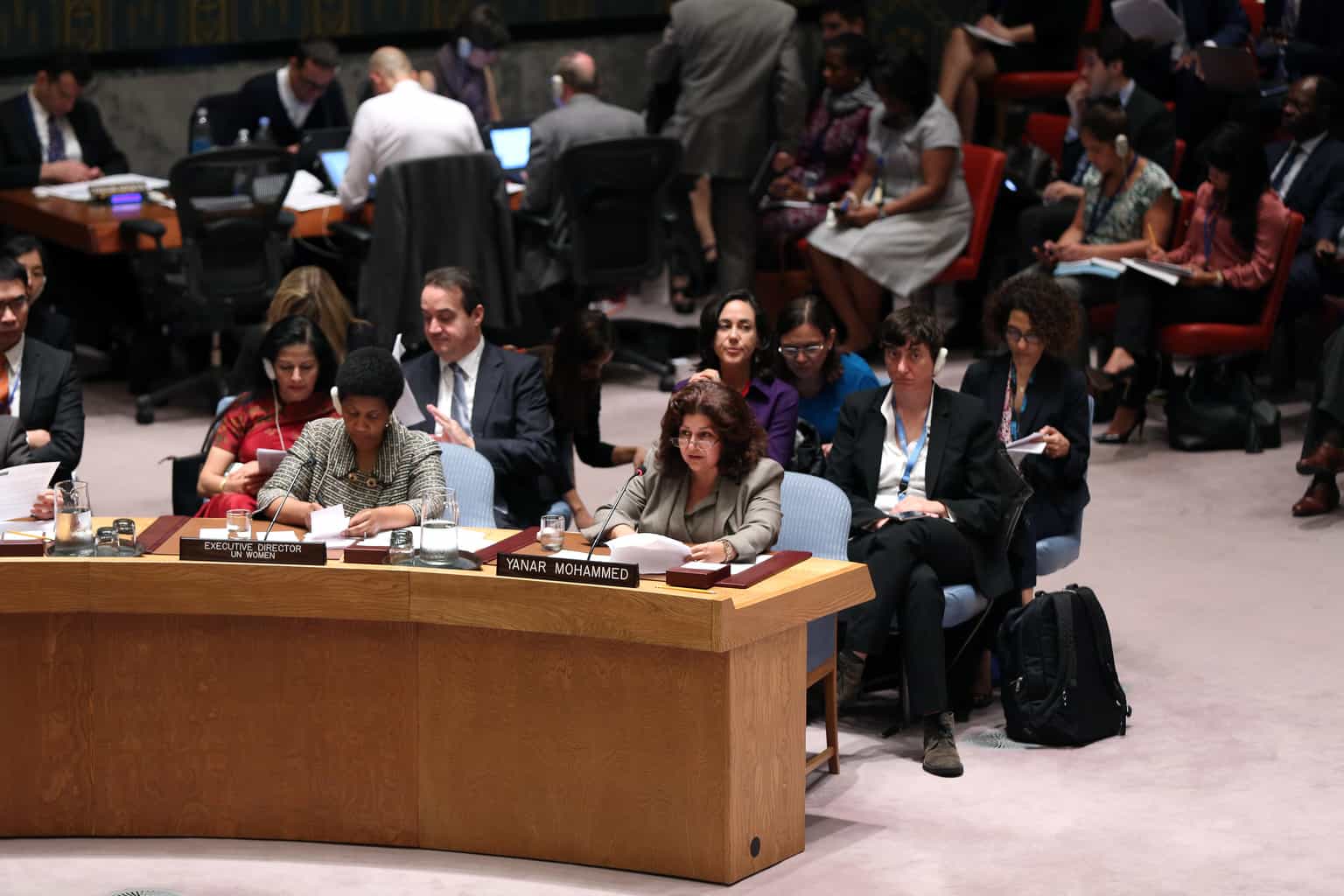 Yanar Mohammad is a prominent Iraqi feminist who was born in Baghdad. She is a co-founder and President of the Organization of Women's Freedom in Iraq (OWFI), a national women’s organization dedicated to rebuilding Iraq on the basis of secular democracy and human rights for all. Ms. Mohammed established the Defense of Iraqi Women's Rights (DIWR) in 1998. She is one of the most prominent women's rights campaigners in Iraq, and received the Gruber Foundation Women’s Rights Prize in 2008. Ms. Mohammed is also Editor-in-Chief of OWFI’s newspaper, Al-Mousawaat (Equality), and is a passionate speaker and advocate on behalf of Iraqi women and other marginalized and at-risk Iraqis. OWFI works to help serve vulnerable women including women with disabilities, Afro-Iraqis and Turkmen and Yazidi families displaced by the conflict. Notably, in recent years OWFI has made common cause with the LGBT community, recognizing the inherent link between respect for sexual and women’s rights and the promotion and achievement of democracy in Iraq, and designing programming with an awareness of the specific and grave threats to women and LGBT individuals in Iraq. OWFI is likely the only organization in Iraq that is positioned and willing to carry out assistance to Iraq’s LGBT community members.

Under Ms. Mohammad’s leadership, OWFI’s work to meet the needs of survivors of gender-based violence (GBV) has included provided sheltering, psychosocial support and counseling, and civic and human rights education, as well as life and job skills training. OWFI programs also include broadcasting about peace, tolerance and respect for human rights to combat societal discrimination and negative attitudes towards women and LGBT Iraqis via the radio and OWFI’s newspaper, and staging weekly protests advocating political participation for women. OWFI advocates on behalf of the most marginalized populations in Iraq, including those who are incarcerated, widowed, displaced, battered, or victims or at risk of honor crimes.

"Together we have the tools, evidence and resources to implement strategies for inclusive and lasting peace. The full and holistic implementation of Resolution 1325 and international human rights standards provide a comprehensive roadmap for the prevention of armed conflict and the integration of gender equality across all peace and security actions."

Ms. Yanar Mohammad was selected to represent civil society and spoke in her capacity as co-founder and President of the Organization of Women’s Freedom in Iraq (OWFI) and on behalf of the NGO Working Group on Women, Peace and Security at the United Nations Security Council Open Debate on “Women and peace and security”.